Dear partners and clients, we want to inform you about the current situation in our company due to the situation in Ukraine. Advanced Communities is a company with offices in the US, UK, and Ukraine.  And a large portion of our team is based in Ukraine. Early morning of February 24, they woke up from the loud explosions and relatives’ words: “Wake up! The war has started in Ukraine!”.

The Russian Federation has launched a full-fledged military invasion of Ukraine territory. This is a real terrifying war and almost all Ukrainian cities such as Kyiv, Kharkiv, Chernihiv, Kherson, Odesa, and others are bombed/shelled. Thousands of civil buildings and houses have been destroyed and we already have huge losses among the civilians.

Last night, Russian troops shelled the Zaporizhzhia Nuclear Power Plant, the biggest in Europe. The capture of this object is a threat to all humanity, and Ukrainians are trying to reach out to the international community to influence the aggressor.

Many individuals were forced to flee their homes and seek refuge in more secure Ukraine areas or flee to other countries. Yet, despite such adversity, Ukrainians are banding together and helping one another like never before. Our coworkers also pitch in and try their best to assist people in need. For example, the Ukrainian army has received a donation of $20.000 from Advanced Communities. Also, our colleagues have gathered and already donated over $11,000 to the Ukrainian military, while others are assisting refugees in Poland with accommodation and adaptation, and still, others are preparing situation reports for embassies around the world, the UN, and EU organizations, as well as collecting humanitarian aid for Ukraine’s encircled cities.

If you want to support Ukraine, here are the details of the official National Bank of Ukraine help account for the Ukrainian Army. In this article, we will talk about Lightning Knowledge, its new features and its big future. 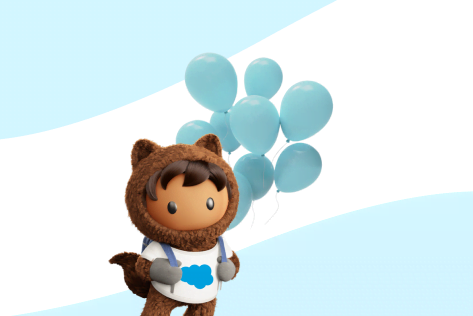 Salesforce launches their Lightning Customer Community to allow companies to reimagine the customer experience within a rich and intelligent environment. How Popular Are Online Community Platforms?